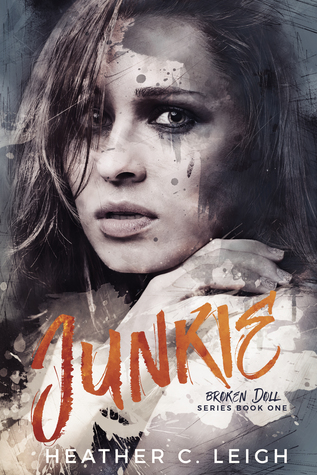 I’m a heroin addict. A junkie. A whore. I’ll do anything to get my next fix.

Including walking right onto the property of Austin’s most ruthless and feared drug lord to beg for some H. I don’t know his name, only that people call him Boss. Oh, and that he won’t think twice to put a bullet in my head.

But like I said, I’ll do anything to get my next fix. Even if it costs me my life.

Or changes it forever.

Junkie is book number 1 in the Broken Doll series.

Junkie centers around Miri and Jag (Boss). Miri is a heroine addict. She lived day to day in a haze looking for her next fix. Needing heroine to survive. When her supplier (Mason) doesn’t show up she starts climbing the walls needing her drug fix. Miri goes out in search of Mason. She is then led to Boss’s house.

No one ever shows up to Boss’s house uninvited.

“What did i get myself into? i’d jumped out of Mason’s frying pan, directly into a roaring bonfire named Boss.”

Boss is a ruthless drug lord with a tragic past. He takes one look at Miri and the hard shell he built around his heart slowly starts to break apart.When he sees the condition Miri is in he makes it his mission to help her. He decides to slowly ween her off the H without her knowing it.

Throughout the novel you can tell Boss is trying to protect Miri by keeping his distance.

“I wanted to wrap her up in my arms until her pain went away. But i wasn’t comfort. I wasn’t peace. i was hate and violence and war.”

I loved the scenes where Boss was able to let his guard down and show Miri the true Jag not Boss.

“This was a passion we shared. Wow. the junkie and the drug lord had something in common.”

I loved the concept of this story, even though the whole Girl falls in love with Drug Lord and the danger getting involved with a drug lord would involve has been done before. Junkie however is slightly different. I enjoyed the fact that the author took such a cliche story line and turned it into something completely different.

Jag (Boss) was ruthless. He may be the most badass character that I have ever read. I don’t mean cocky bad boy badass. I mean rage filled, lust fueled baddass!

“Even if you didn’t know who Boss was or what he did, he wasn’t the kind of man people ignored. He was larger than life, confident, attractive, and radiating masculine strength and power.”

Now comes the portion of my review where if it is not a 5 star review i tell you why i dropped stars.

So the only reason i dropped a star and made it a four star review was due to the fact i sensed a little repetitiveness and during the middle of the novel i found myself skimming over the pages due to said repetitiveness. It felt like a couple of scenes were already done in the novel. I don’t know maybe it was just me but i found myself skipping over the scenes that sounded familiar.

Other than that i really liked Junkie.

If you don’t like cliffhangers i strongly urge you to wait until Jagger (Book #2) comes out. This novel ends with a HUGE CLIFFHANGER!

Thank you everyone for checking out my review, 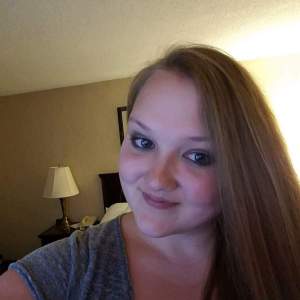 Hi all and welcome to my little corner of the book blogosphere. I’m an avid romance reader, Coffee Addict, and Music Enthusiast! Basically, I’m just a girl from Michigan doing what I love!