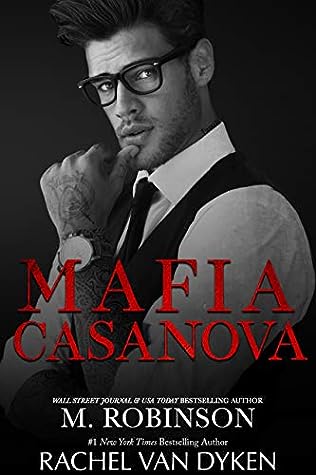 Can you get anymore cliche? I’d heard that damn phrase my entire life.
Most of the time, it was when a woman was mid-orgasm—or, when I was about to take someone’s life.
You see, we all have our demons.
Apparently, my name was mine. Though it didn’t help me get my answers any faster.

I nodded when I was supposed to.
I smirked when I needed to.
I complimented when the timing was right.
Then… I’d send them to hell after giving them nothing but heaven.
I should’ve felt guilt.
I didn’t.
Because I was good at what I did.

Making people believe what I wanted them to was an art I perfected. In a world where nothing mattered but staying at the top, I made sure no one slipped through my fingers.
Except for her.
She was gorgeous.
One might say she was the female version of me.
I lost her once.
I wouldn’t lose twice.

Now was the time…

To let the games begin.

In My Own Words:

Romeo gave Eden his heart the moment they locked eyes.
Eden gave Romeo her soul shortly after.
Two hearts that are clearly meant to be, found themselves in a whirlwind romance.
They both hadn’t a clue, years later, there would be a second person vying for Eden’s heart.
That person being Romeo’s brother, Tristan.

When I first heard that M. Robinson and Rachel Van Dyken were teaming up to bring us Mafia Casanova, I was not only pleasantly surprised, but beneath the surprise I was also a tiny bit skeptical. I love M. Robinson on her own and the books I have read by Rachel Van Dyken were also marked as loved for me… But sometimes when two authors team up to bring a novel, I can see where one ends and one begins and it can, often at times, ruin the flow of the novel… With that being said, these two were freaking amazing! I wasn’t expecting to love this one as much as I actually did!! Yes there was a time or two I can easily point out who wrote what, but the river of words kept on flowing at an easy pace. I wouldn’t object to these two writing more novels together in the near future.

Now onto what I loved about Mafia Casanova!!

First off, I loved the fact that Mr. Romeo Sinacore was a bad ass mother fucker! This man is feared by all, and he’s earned that title. It came as a shock to me, I actually found him to be more villainous and more feared than Alejandro Martinez. If you follow my reviews, you know Martinez is one of my top anti-hero’s of all time, so that is saying plenty about Romeo’s character. I loved his vibe throughout this novel.

Eden De Rossi is caught between a rock and a hard place throughout the first portion of this novel and this is where the love triangle portion comes into effect. You see Eden’s heart is crying out for Romeo. She want’s him with everything inside her, but Romeo is dangerous. She knows a life with him will result in nothing but sleepless nights and turning a blind eye when it comes to his job within the Sinacore family. So her head turns more towards Romeo’s brother Tristian, the level headed accountant.

You know, my daddy always told me to listen to my heart over my head. He often said your heart will guide you home whereas your head will lead you down a different path. That lesson could and should have been taught to Eden, because a few years later, the perfect marriage that she thought she would have with Tristian, begins to tumble down around her. He’s not the man she thought he was. He quickly becomes jealous and spiteful. I felt like jumping through my kindle and slapping this man upside the head. I haven’t felt that much anger, while reading, in a long fucking time.

Another lesson, those who deceive often catch the wrath of karma. Tristan lived his life edging the line of deceit until one fateful night he crossed that line and didn’t come back.

It’s in moments like this, I came to respect Romeo for his choices and his decisions made. I came to respect the man that stepped in and protected Eden and her son from afar. My respect grew as I watched the way he cared for her throughout the second portion of the novel. And it grew even more when I watched him with her son. Never did the man bad mouth Tristian. Never did he throw the fact that Eden chose his brother over him in her face. He knew at the time, that was the right choice for her to make.

All the angst and the turmoil made for an epic suspense driven romance. There were moments I clutched at the arm of my chair in fear of what was coming next. There was no putting Eden and Romeo’s story down once I started it. It was an endless amount of broken, one more chapter, promises.

I rated this a four star instead of a full star rating for a few reasons.
The first, I felt a few moments were a bit predictable and it took a moment away from the suspenseful vibes. I found my predictions, throughout the novel, were almost always correct. I needed a bit more mystery. And second, without giving away spoilers, I also felt like the ending was a bit rushed. I would have liked more emotion to play out during one very important scene. It was somewhat lacking. I needed more.

Do I recommend this novel?

If you are a fan of Mafia Romances and the anti-hero book boyfriend type, the answer is an easy HELL YES! But, if you’re looking for a cutesy romance to curl up by the fire with, be warned, this isn’t that type of romance. Mafia Casanova is raw, gritty, and dangerous.

I do want to take this time and warn you all on a potential trigger…. There are a few moments where spousal abuse is played out in this novel. If you are triggered by this subject, definitely go into this novel expecting it towards the end of the novel.