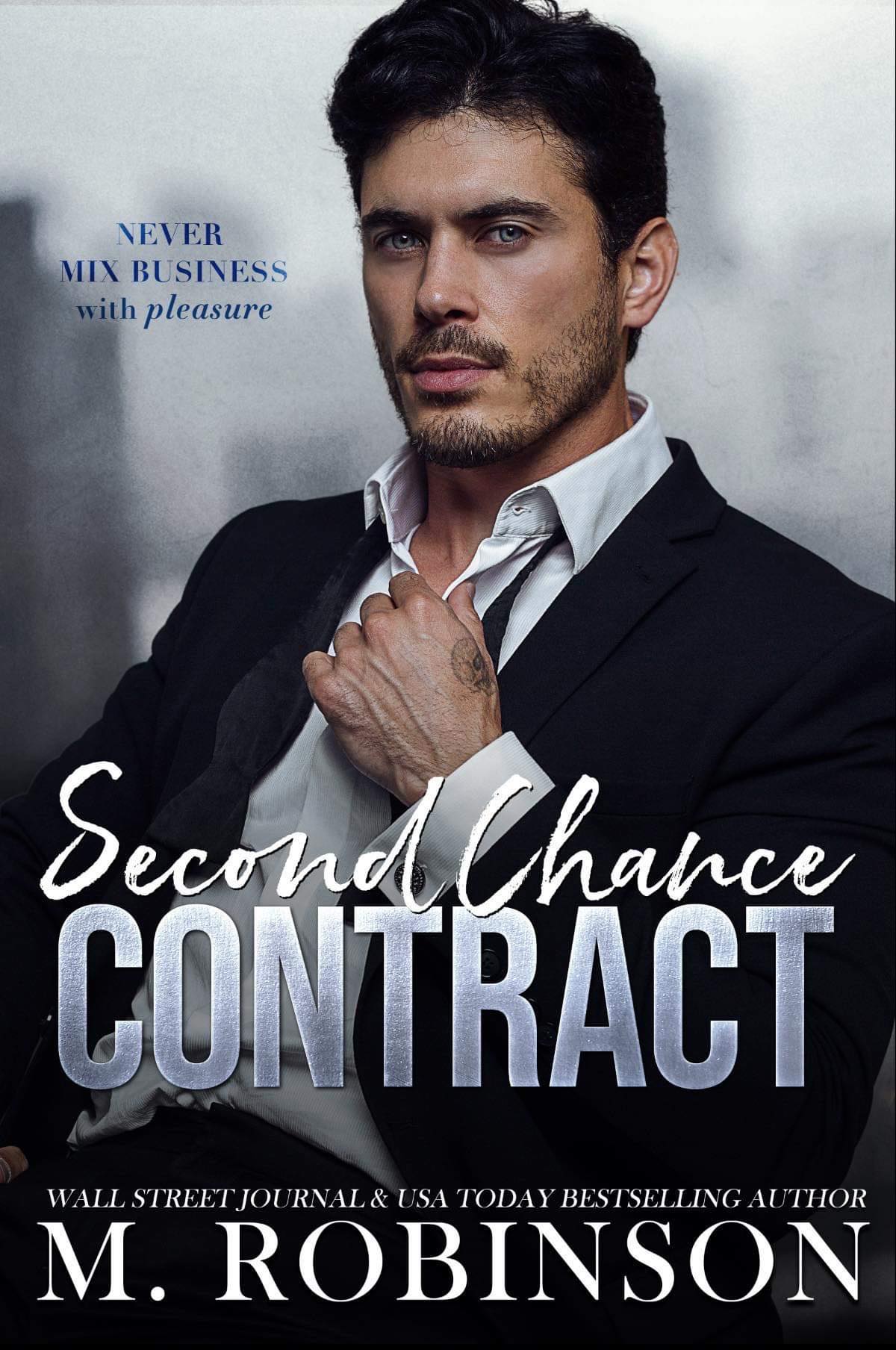 I came from nothing and made something of myself. I’ve only ever loved two things. Cars and her.

I took that passion and built an empire.
Now I’m the CEO.
The alpha.
On top of the world.

I’m not the carefree man she once knew.
That was the problem with being one of the richest men in the world—everyone thinks they know me, but they only know what I want them to.

My company thinks they can change me.  Soften my image. Make me more appealing to the public.
Little do they know, the woman they hired was my best friend’s little sister, and the last time I saw her…

I broke her heart.

Robinson is the Wall Street Journal & USA Today Bestselling Author crowned as the “Queen of Angst” by readers around the world. Dive into her visionary world that will take you on a rollercoaster ride of emotions and leave you wanting more. She writes everything from contemporary to suspense romance and is best known for her novel, El Diablo.

When M isn’t in the cave writing her next epic love story, you will find her shopping and living on a boat in Florida with her real life pirate, her lobster, her husband Bossman. Sipping on Starbucks and hanging out with their two dogs, a German shepherd mix and a gordito Wheaten Terrier reading a good book. Or spending time with her family, who she is extremely close with.

Above all, M loves her readers more than anything and loves to connect with them! She is on all social media platforms but you will find her in her happy place the most. Her VIP Reader Group on Facebook or her second favorite happy place, Instagram.

Second Chance Contract is an emotionally charged second chance standalone by M. Robinson. If you love your romances angsty and your tropes with a secret in the midst, It’s safe to assume You will probably like this one.

Autumn Troy is the top publicist in the business, thanks to cleaning up the front-man of Life Of Debauchery’s image. She thought that would be her toughest case. But now she’s got her work cut out for her when she agrees to take on Julian Locke, the very own Alpha CEO.

Julian Locke all but ran away from his whole world ten years ago, leaving his heart and his soul behind in the rubble he caused. Now, ten years later, his past has come back to haunt him in the most wicked of ways, in disguise as his new publicist. But what the world doesn’t know is the history Alpha CEO and his new publicist, Autumn, share and the future he will fight tooth and nail to gain… All he needs to do is show Autumn he isn’t the same man who left her heart shattered and broken all over the floor…. But what he doesn’t yet realize is he left more than broken hearts behind when he left.

Julian and Autumn’s second chance with a slight age gap twist had my emotions all over the place. I felt joy and I felt grief. There were moments I literally wanted to throw my kindle into the wall and then the very next moment I couldn’t wipe the smile from my face. Basically M. Robinson had me in a whirlwind of emotions. Second Chance Contract wasn’t only a whirlwind on my emotions but also my thoughts. There were plenty of moments I loved with this novel, but there were also moments I needed a bit more from for me to feel that initial connection.

Let’s start with Julian. This man is ALPHA, so if you really love that fact in your bookish heroes then there is a very good chance you’ll love Julian. However, the young version of Julian really grated my nerves. I completely understand his phobia towards commitment given the way he grew up, but come on. You have a good girl whom you love and who loves you back, and you’re going to toss her emotions around like that…. That right there is a fool-hearted boy.

And then we have Autumn. Since she was a child Autumn Troy gave her heart to one person and only one person. But she was slow to learn, every time she gave him her heart, she was giving him a piece of her soul and eventually he would crush those pieces to smithereens. I loved the way this novel depicts the vulnerability behind young love. At a young age, Autumn followed and trusted her feelings by listening to what her head and her heart was telling her. She loved Julian and she knew one day he’d accept the love that ran deep. Young love can be tragic and is most likely going to lead to heartbreak, and that right there is life’s main lesson. What do you do when that heartbreak is inflicted on you. Do you tell your heart to run and hide? Or do you pick up the pieces dust yourself off and try again? Ten years later, Autumn has learned from her heartbreak and all that came along with loving Julian and she’s not about to let him break her again. Her heart has taken a back seat, this time she’s going to let her head lead her through.

But holy hell.. If I thought the early years were dramatic…. I guess I knew nothing. Julian and Autumn’s adult years make the early years seem like child’s play. Which leads me to the reasoning behind why I rated this one a 3 ½ star. I needed a bit of a common ground between Autumn and Julian. I was caught up in the cluster fuck that was their initial relationship and as adults I wanted a little more maturity. I wanted the moment when they realize they both fucked up, instead of each constantly playing the blame game. I also wanted more moments between Autumn, Julian, and Autumn’s family. If you read the novel, you’d know Julian didn’t only leave Autumn behind all those years ago. He also left Autumn’s mom and dad who practically raised him and he left his best friend, Christian, behind without a single word or a goodbye. He just vanished on them. So I needed a bit more from those moments also. I would have loved to see Julian and Christian rebuild their friendship from the ground and up. Because let’s face the cold hard truth, Julian broke the trust in all of those relationships but especially the one between him and Christian. I guess I wanted the epic moment of forgiveness between all of them. Let’s chalk that up to spoiled reader syndrome.

Overall, I enjoyed Second Chance Contract but I wanted more chemistry and more connection between all of the characters. I did, however, love the moment when Julian realized there was more than just Autumn in this equation. He fucked up all those years ago by leaving, and the moment he came to that realization was the moment my heart leaped out of my chest and shattered on the ground…. I can’t get over how angsty this novel was! So if you’re looking for an angsty read with and alpha hero and a feisty heroine this may be the read for you.